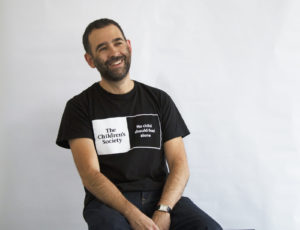 Joe Jenkins is Director of Supporter Impact and Income at The Children’s Society and leads our Income Generation and Supporter Engagement teams.  The Children’s Society is a national charity that runs local services, helping children and young people when they are at their most vulnerable, and have nowhere left to turn.  They also campaign for changes to laws affecting children and young people, to stop the mistakes of the past being repeated in the future. Working in the charity sector for over 15 years, Joe has focussed his efforts on helping people to achieve as much impact as possible for the causes that inspire them.  He was previously Director of Engagement at Friends of the Earth overseeing their fundraising, communications and activism, as well as Acting CEO.  Prior to this, Joe worked with a wide range of different charities, including Royal National Institute of Blind People, NSPCC, British Red Cross, WWF and IFAW. Joe is a Trustee for Refugee Action, the Chair of the Institute of Fundraising National Convention and an Advisory Panel Member of Rogare, The Fundraising Think Tank.  He lives in Hove with his wife, young daughter and a puppy.