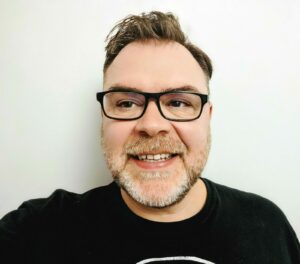 Paul will explain the theory behind mobilisation and movement building and how it applies to charities. He will give examples of how organisations have activated this thinking to drive successful public engagement, campaigning and fundraising activities. Paul will cover the case study of Refuge, a UK based domestic abuse charity. He will explain how Refuge adopted a digital mobilisation model which saw them raise millions of pounds and recruit thousands of additional supporters, campaigners and donors. This session will leave you with the inspiration, knowledge and examples to enable you to build a big digital movement at your organisation.

About Paul:
Paul is the founder of Rally and a leading digital engagement & mobilisation strategist. Rally works with organisations fighting for a fairer, healthier, safer, greener, more equal world. Paul has worked with charities, campaign groups and membership organisations all over the world, including (but not limited to), American Civil Liberties Union, Amnesty International, Anti Slavery International, Cancer Research UK, Friends of the Earth, Greenpeace, Joint Council for the Welfare of Immigrants, The Labour Party, Mermaids, Plan UK, Refuge, Stonewall, Terrence Higgins Trust, The Trussell Trust and UN Women UK – to deliver mobilisation, fundraising and campaigning activity that engages the public at scale and inspires them to take action.