Krönika: Are we looking at accepting or refusing donations all wrong?

The dilemma of whether or not to accept a donation is one many charities face, with the processes and thinking fundraisers use often skewed towards refusal. Ian MacQuillin, director of fundraising think tank Rogare, asks whether charities should approach decision-making from a different angle.

When confronted with the dilemma of whether to accept of refuse a questionable donation, many charities start from the position that they ought to turn it down. That seems to be the default position.

What might be the reasons for turning a donation down?

If the donation has come from illegal means, say – such as proceeds of crime or money laundering – then that ought to be a relatively easy decision. And if it conflicts with your cause – the classic case of a cancer charity not accepting support from a tobacco company ­– then that should be (relatively) simple to determine.

But it’s a lot harder to determine whether you should turn down a donation because it will damage your charity. This presents an empirical question; one that you can test to arrive at an answer that is supported by evidence.

For example, Great Ormond Street Hospital was very quick to announce it would return a donation given to it three years previously by the Presidents Club, when an undercover journalist reported the sexist behaviour of donors at this fundraising event. But following public support, GOSH reversed this decision. The charity could have saved itself this about face by going out to supporters and beneficiaries to ask them whether the charity should return the donation, and what they would be likely to do if the charity kept it.

Confusion often arises when people make ethical decisions because they don’t think that evidence has anything to do with ethics, because ‘ethics’ is about principles and values and, they reason, evidence can’t change those. If it is ‘wrong’ – i.e. ‘unethical’ – to accept a donation because it conflicts with your values, then the fact that accepting the donation provides a lot of money with which to do good can’t suddenly make it right or ‘ethical’.

There is some confusion here about what ‘ethics’ is. Following the high-profile case of the Presidents Club in the UK earlier this year, the Institute of Fundraising issued new guidance on acceptance and refusal of donations. This talks about refusing donations that are contrary to an organisation’s ‘ethics and values’. But while it says these are important, the guidance also says they cannot be the decisive factors.

It then lists three factors – loss of donations, loss of volunteers and an inability to recruit staff, all of which are supported by evidence – that need to be considered when deciding to accept or refuse a donation, separately to a charity’s ‘ethics’.

Of course, this process of assessing evidence is not separate to a charity’s ethics. It’s everything to do with ethics. This is consequentialist ethics – deciding the right thing to do based on its outcomes – maximising good consequence and minimising bad ones. Not only could it be unethical to accept a donation that was detrimental to your charity, it could also be unethical to refuse a gift that was not detrimental to your charity, even if it did conflict with some of your values.

Still, the processes and thinking fundraisers use are skewed towards refusal. When approaching an ethical dilemma about whether to accept or refuse a donation, charities often go in asking themselves the question: “Should we turn it down?”

So they look for reasons to turn the donation down and, lo and behold, they find them. Instead, they should be asking a different question: “Are there any reasons why we shouldn’t accept this donation?” This is the same ethical dilemma and the same evidence, but the way you phrase the question forces you to look at the evidence in a different way and in doing so, you might get a different outcome.

Viewed from this perspective, if a charity can’t find any good reasons not to accept a questionable donation, then accepting it should be perfectly ethical. 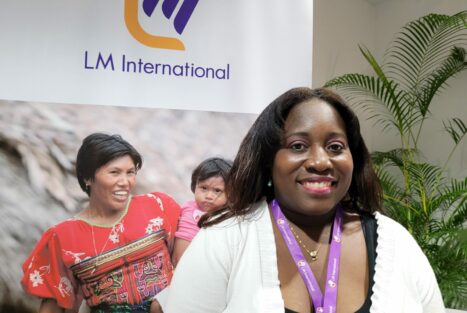